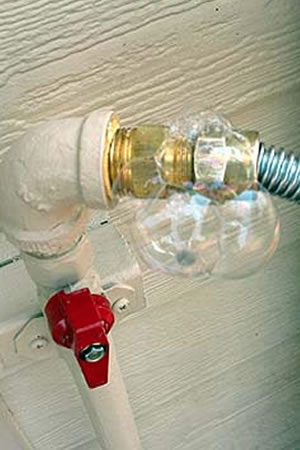 SoFlo Plumbing comes to you within an hour for all gas leak emergencies, gas leak detection and repairs in South Florida. Our  plumbers detect and repair all types of gas leaks and gas lines pressure problems. We fix all kinds of gas line problems. Residential gas lines or commercial gas lines problems, we reapair them all. Call us now for:

We install all brands of faucets, toilets, showers, bathtubs and all types of bathroom fixtures!

In need of a plumber urgently? We are here to repair any plumbing problems you may have!

If you have a water leak or a flood, our plumbers come to you in 1-2 hours in most cases!

Following a flood, our plumbers fix your plumbing problem to avoid any futur flood and water leaks!

I'm a developer and as our project broke ground we discovered a gas leak but couldn't figure out exactly where it came from, let alone how to stop it. The whole project was at a stand still because of this leak. One of my contractors recommended SoFlo Plumbing as specialists in gas leaks detections. They sent me a team of 3 the next day and worked for 2 days without stopping until they could find the gas leak and put a stop to it. Thanks to their dedication, we were able to resume construction quickly and safely. Since then, I've given them more jobs which have all beed completed on time and at the right price.

We just moved into our new home, built in 1962. It was in good shape but quickly after settling down, we started to smell a foul odor coming from the yard. I've found SoFlo Plumbing online and called them. The came the same day, shut off the valves and ran extensive tests which revealed a gas leak from the gas tank heating the swimming pool. They replaced some faulty valves and other parts of the system. The gas leak is gone and we feel much safer now in our home. They also called a week later to make sure that we were not smelling anything suspicious. Thank you SoFlo Plumbing, they really cared about our safety. I will use their services again when in need of a super plumber.

Our Partners in South Florida: